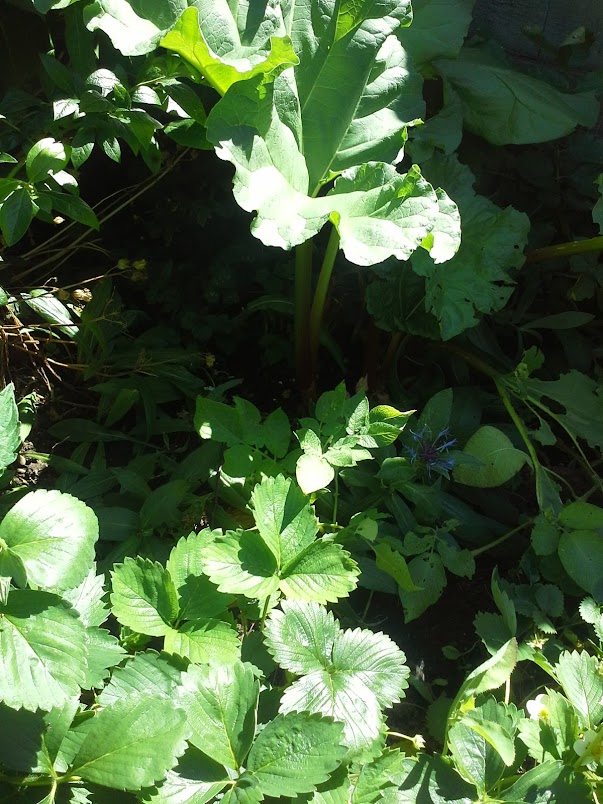 I will be honest — I have a slight addiction for those free foodie magazines offered at stores and liquor shops.  From the best mac and cheese to unique food pairings, there’s usually something that sparks an idea in each publication.

Last week, I picked up “At the Table” from one of the stores on Commercial Drive, especially since it promoted raspberries and “food for a fireside gathering” on the cover. However, it was a recipe for rhubarb simple syrup that ignited Mike’s creative side.

Raw rhubarb stalks have a crispness similar to celery stalks with a strong, tart taste. To date, we have mostly only incorporated the unique vegetable it into pies, usually with blueberries or mangoes (Mike isn’t fond of cooked strawberries).  We’ve often debated the uses of rhubarb beyond sugary desserts. 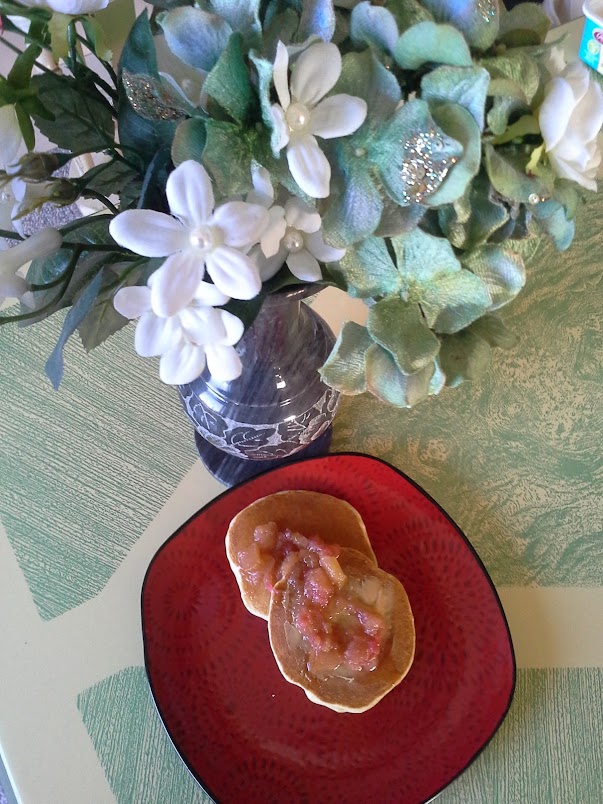 Mike to create a rhubarb compote for our traditional weekend pancakes. It also helps that our apartment building’s community garden includes a few rhubarb plants for easy, early-morning pickings.

On Saturday, Mike through on some shoes and headed for the garden.  He then sliced and diced one stalk of rhubarb and added it to a saucepan with a smidgen of water and some sugar. He let it simmer until the rhubarb, which actually has a lot of water, started to release its own juices.

It’s at this point that you can add a countless of amount of flavorings, from ginger to cardamon and orange zest to cinnamon and maple syrup.

The point is, rhubarb isn’t only for baking or for sweet desserts. Use it to add a new flavor to morning pancakes and to add a bit of a zinger to cocktails — you won’t be sorry!